Cassidy Krygger can't wait to tell the world, Enigma was filmed in Geelong.

Enigma started its life as a one-act play written in 1915 by American feminist playwright Floyd Dell. It tells the tale of a love affair, originally between a husband and wife. I fell in love with it immediately when I read it and knew I wanted to make a film with the story. But I contemplated the narrative with a twist. What if this love affair happened between two women? What if we took these emotive words and put them in a tale of an affair between a married lady of the house and her maid?

My passion is telling diverse stories. I was diagnosed with MS in 2018 and desperately looked for positive stories and people like myself in the films I watched. I found MS was barely represented and if it was, it was as a secondary character or a side plot. Since then, it has become my driving focus as an actor and filmmaker to help change that. And being a strong ally of the LGBT+ community as well as having the community represented within our cast and crew, the journey of bringing Enigma to life began.

I had a period drama with strong female characters, directed by a woman and set at the time of the suffragette movement. 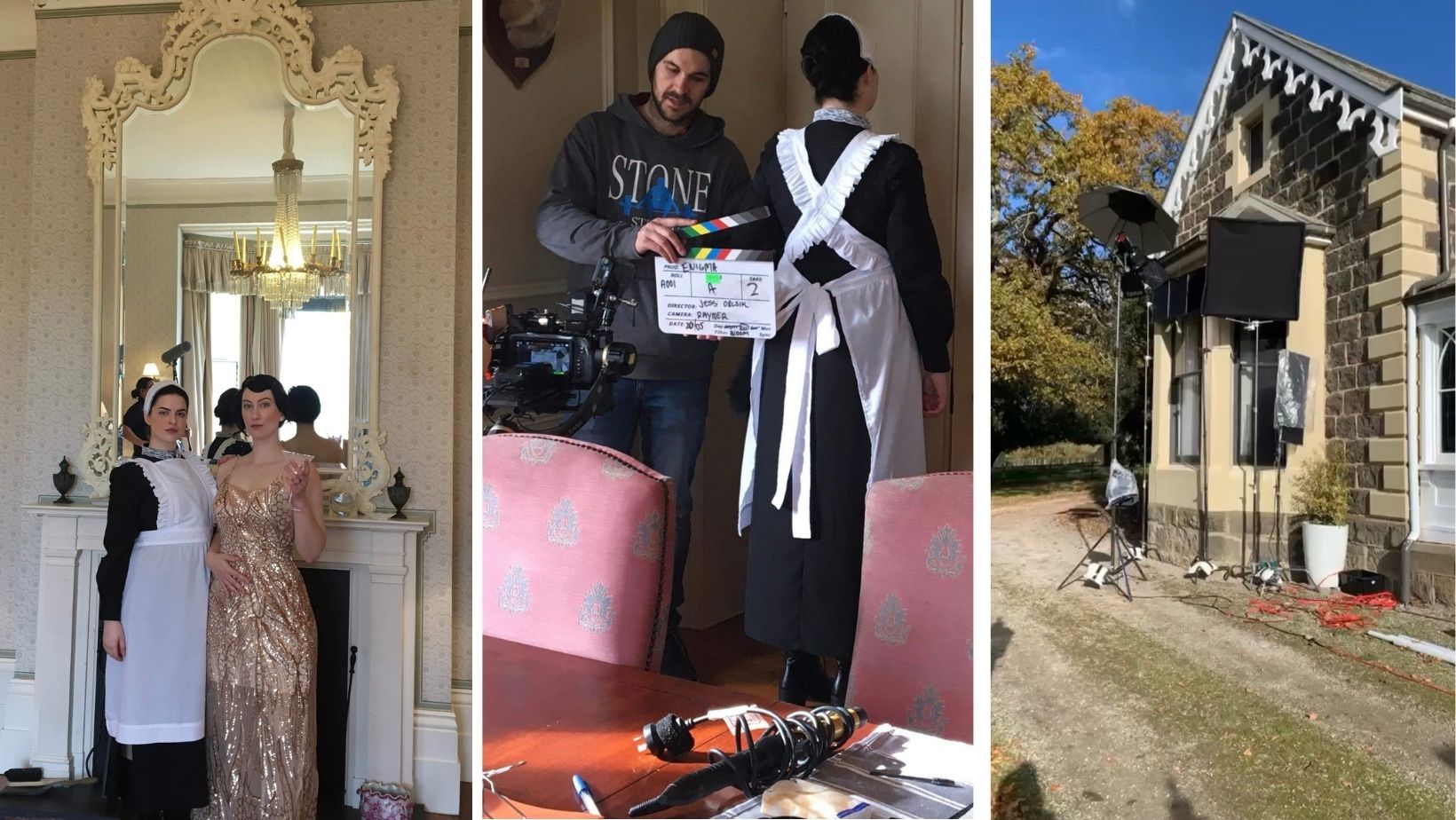 Enigma was lucky enough to have Australian director and producer Jessica Orcsik and her American production company, Diversity Pictures come on board. With ideas flying around for filming locations right around Australia, I knew one thing was certain. I wanted to film in my hometown, Geelong. But how? Well, we needed the perfect period home.

After tireless research, the incredible Wormbete Homestead in Winchelsea was found. Built in the 1840s, Wormbete Homestead is significant for its association with Victoria’s early pastoral history. It is now a part of the Victorian Heritage Database and became the perfect location for our Hamptons inspired mansion.

Keeping as much Geelong talent involved as I could, Geelong based makeup artist Amanda Small was on hand with her makeup brand On Set to create the incredible 1915 look for my co-star Alyssa Scott, who played the lady of the house and myself, playing her lady’s maid.

We have big plans for Enigma. Because this is an American film, we plan on entering it in film festivals around the world and perhaps one day expanding on the love story between these two incredibly strong women of their time with a miniseries or even feature-length movie. There is a world of possibilities open to us. And I can’t wait to tell the world it was all done right here in Geelong.

Find out more about Cassidy and Daisy Productions.