Forgotten and alone on an empty plane, or so it seems…

Excitement is high in the short film world as the newly anticipated GROUNDED set at Geelong’s Avalon Airport finishes filming.

With a woman waking up alone and trapped on a locked, disembarked, empty plane, this short horror film shares the hair-raising story of being hunted down while stuck in the confinement of the plane walls.

With over 25 years acting experience and now Producing GROUNDED, Josephine Croft says the story is inspired by an incident where a woman in America was trapped on a plane.

“I loved the idea of being alone on a plane which is normally packed with people and then being trapped with something scary on board.”

Shooting over two days, the film set for GROUNDED took place at Avalon Airport and an apartment.

“We chose Avalon airport because it was the only place in Victoria that had exactly what we needed. When we went out there it was so; creepy, we knew filming had to take place there. It’s old and kind of falling apart in sections, it rocks in the wind, and it was just perfect for what we wanted. There were some other smaller planes elsewhere, but nothing was as grand, dark and creepy as this plane. It was the perfect location and so much fun to film on,” says Croft.

With the Geelong community showing their support for the film, local businesses and talent got on board with the film.

“Geelong Waterfront Film Foundation has been so good to us and made my life much easier with a database for crew and businesses. We used a few local Geelong businesses and talent. Our make up artist is  Geelong based and we also used Steampocket catering. They were both amazing! I can’t recommend Steampocket’s food enough; it was delicious. They were also really generous to us and worked with our budget which was amazing,” says Croft.

“I think there are many advantages to recording in the Geelong region, and I would definitely do it again. It’s close enough to Melbourne to commute, and there is more availability in Geelong than there inner-city city Melbourne. Also, that plane is one of a kind, and because it’s not at a busy airport, the sound wasn’t an issue. Our sound would have been terrible if we were at a busy airport with planes taking off all the time. I think regional areas are so supportive and welcoming of the film crew, and that’s a huge plus!.”

It is an exciting time for film in Geelong, and we wait with anticipation for the premiere of GROUNDED and the future works of Josephine Croft. 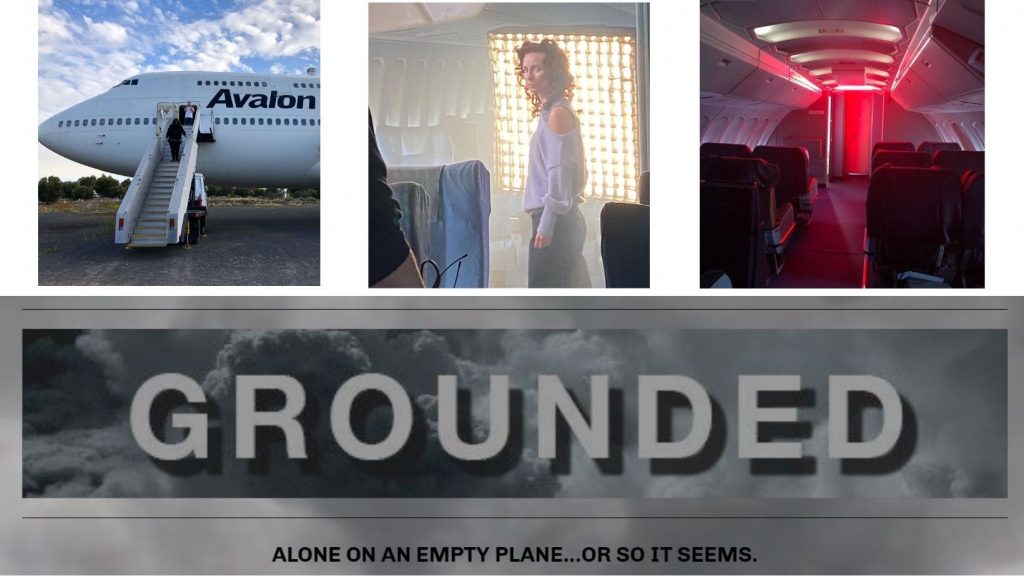