As safe COVID-19 practices draw more Hollywood actors to Australian shores, the Geelong region is just one of many booming cities with film industry potential.

With an abundance of opportunity for major film productions, the Geelong region’s future is looking promising. Some previous Geelong film sets include Mad Max, the Dressmaker, Paper Champions, not to mention multiple streaming service shows like Netflix’s show Rostered On and teen series currently filming on the Surfcoast, Surviving Summer.

The arts and entertainment industry is struggling with restrictions on gathering, events, and tourism globally. Still, funding resources and COVID-SAFE film production in Australia is an exciting avenue for future filmmakers, jobs, and encouraging investment back into the arts and hearts of Aussie towns.

A new foundation in Geelong called the Geelong Waterfront Film Foundation is paving the way for encouraging filmmakers to produce in town, with tax deductible funding and grants available for film production in Geelong. A game changer in an entertainment industry that is battling through a pandemic. 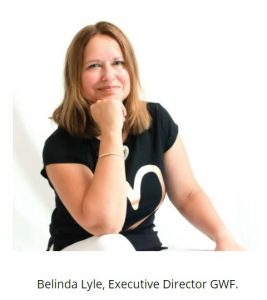 Ponderings met with Executive Director of the Geelong Waterfront Film Foundation, Belinda Lyle, for an interview to discuss the exciting opportunities, resources and support for local emerging artists the Foundation can provide.

What does the Geelong Waterfront Film Foundation want to achieve in Geelong?

“A group of local stakeholders are now working to create an environment in which a sustainable local film and TV industry are possible. With diverse and impressive natural landscape Geelong is destined for the screen. Urban areas, semi-rural landscapes and beautiful coastline see Geelong and surrounding as an ideal area for filmmaking. Let’s establish a filmmaking hub with a framework in place to make it easy to film in the area!”

What is Geelong Waterfront Film?

“Geelong Waterfront Film (GWF) is set up as a Foundation, in which once adequately funded via local investors, backers and the community at large will assist filmmakers financially should they choose to film in the region.”

“The brainchild of the Foundation, Geelong Accountant Mr Patrick Rowan, found when producers currently come to the region, they are usually looking for ways to raise completion of finance for final production. As an Accountant, he was often approached to recommend investors. Establishment of the Waterfront Film Foundation allows investors to make a tax-deductible contribution to the Foundation which in turn can be a grant or investment to those filming in the region.”

How does Geelong Waterfront Film support local emerging talent in the region?

“GWF is committed to supporting local and emerging filmmakers, creating another funding stream for them. Through its financial support, the Foundation allows for more diverse voices to be heard as this could mean the difference between a film being made or not. This extensive project now also has a newly established board consisting of various artists and Geelong professionals.

What achievements has the board managed so far?

“We have a small grant from the City of Greater Geelong to establish a database of people in the industry. There’s so much talent in Geelong – experienced and emerging filmmakers, directors, lighting & sound engineers, actors, – post-production experts, we are continually surprised with who’s coming out of the woodwork.”

“We want people to be able to come to Geelong to film and know there’s expert talent here to help with the production. The evolving database will help point people in the right direction.”

“In the BIG picture, GWF wants to host the Waterfront Film Festival, think Cannes and Sundance – red carpet and limos – all on Geelong’s stunning Waterfront. This would certainly attract international attention. Wheels are in motion for local film awards and the criteria that must be filmed in the Geelong region. This is a chance to showcase existing and up and coming talent.”

If you are an actor or an aspiring filmmaker, how can you get involved? 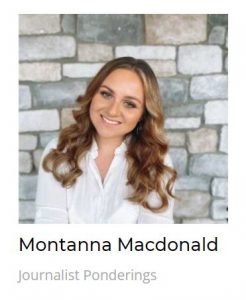 The future of film in Geelong is an exciting avenue for jobs, emerging local talent and tourism, and we look forward to watching this space!

As appeared in Ponderings Magazine, April 2021