Tapping into Movie Potential for Region

Geelong has the capacity to encourage and welcome big-budget films and support independent filmmakers.

Thanks to the Addy for also recognising the Waterfront Film Foundation’s first grant recipient, Rebecca Metcalf.

Rebecca said she loved the experience of filming in Geelong with its many positive attributes.

“In terms of moving around too, Geelong is so easy … and it looks so beautiful.”

“I feel like there’s already a thriving film industry within Geelong that we were able to tap into.”

Bring on more filming in our region 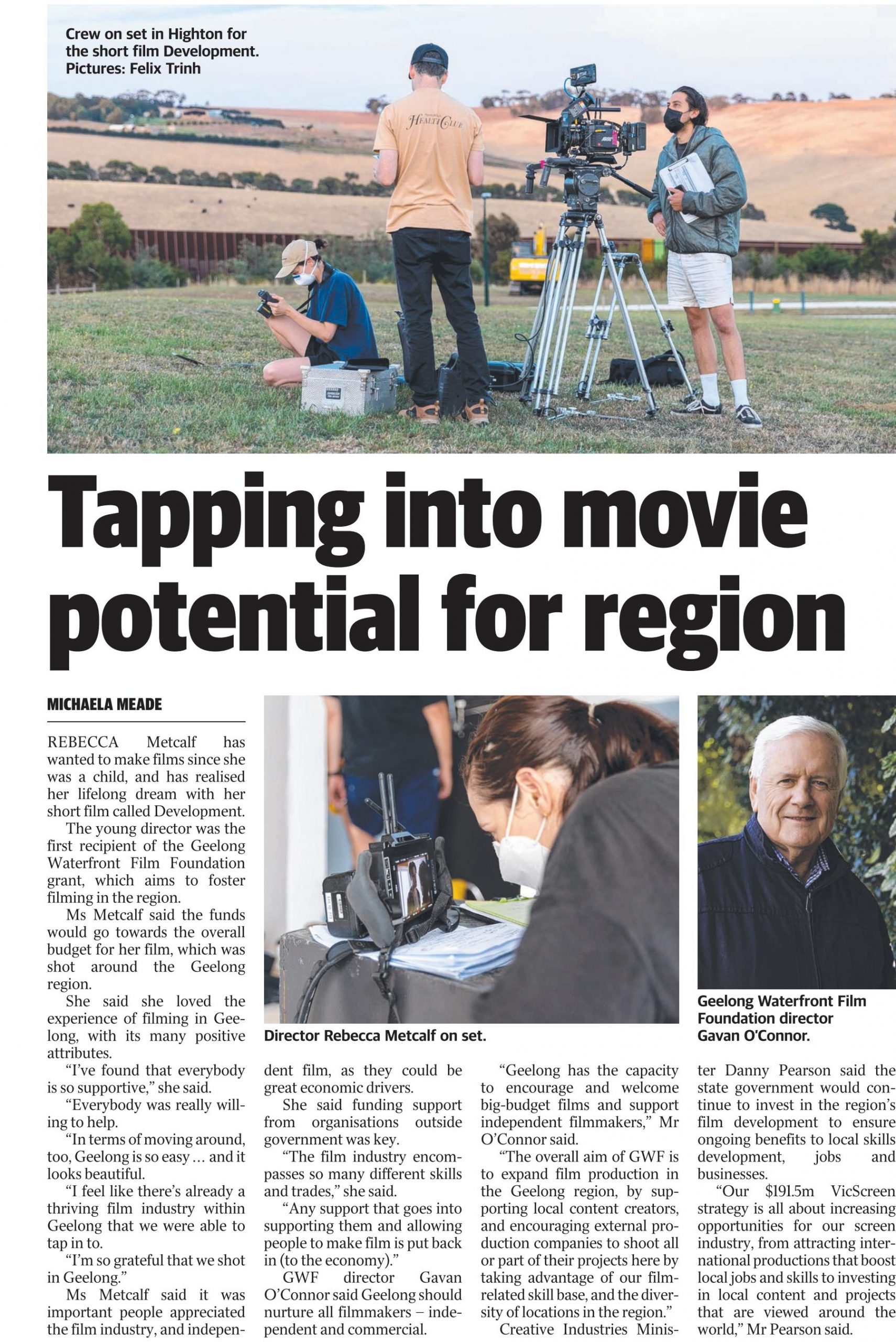